I thought today would be the perfect day to show a little more of my anniversary weekend of fun. First, lets go back a few years.

If you know me, you know I'm a bit of a Bon Jovi fan. A little late to the game - in the eighties I was raising babies and watching Sesame Street. I'm trying to make up for lost time. :) 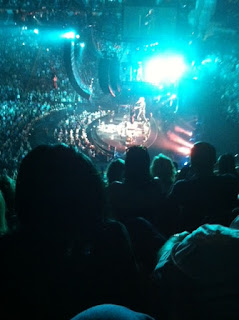 My first show was in Houston and we had seats in the nose bleed section. I don't have many pictures because I had just got my iPhone and really hadn't figured out the camera part. 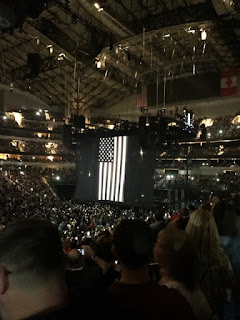 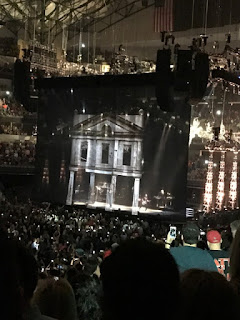 Hubby took video of the whole opening song (This House Is Not For Sale). I just took a couple of photos of the screen but it is an awesome video. (you can probably find it on You Tube)
Seats were better than the first show, but still room for improvement. 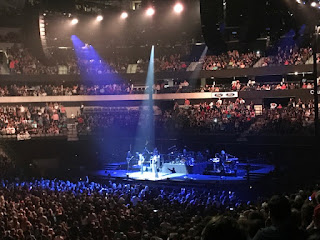 Last post, I told you about my fun stitching weekend. I made it home Sunday afternoon - did a little laundry, packed my bag again and left for Dallas Monday morning. Monday evening was concert number three!

This time we had great seats! The photos are a little washed out because of the lighting, (and I still haven't mastered that camera) but the view was awesome in person! 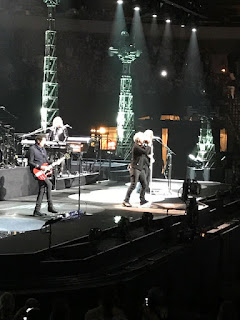 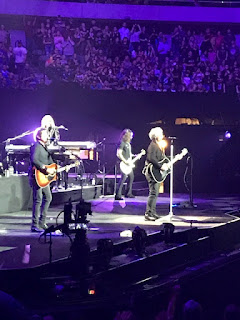 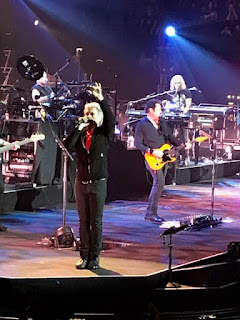 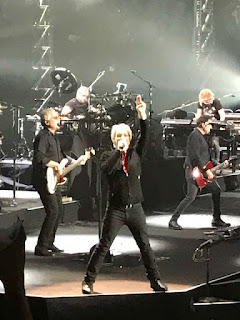 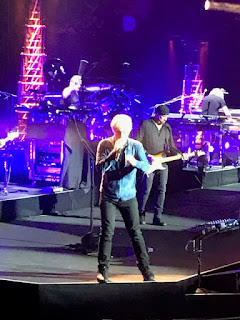 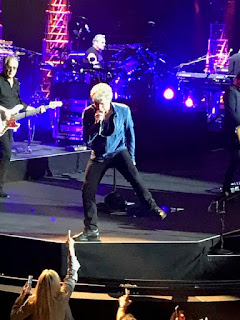 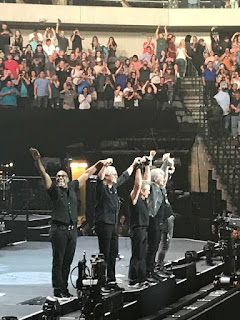 It was a great show! Already looking forward to the next one - whenever that will be.
(I'm thinking floor seats?)

Today, the guys are being inducted into the Rock and Roll Hall of Fame. I wish the ceremony was being broadcast live, but it's not. (will be on HBO in a few weeks, but we don't have HBO) Hopefully some video will show up on You Tube.

Starting to catch up - slowly

Happy April! I'm sitting here drinking hot chocolate in front of the fireplace. I know for some of you that would not seem strange but this is Texas. Usually once Easter is passed it's safe to bring out the flip-flops! (assuming you ever put them away in the first place!)

This is a picture heavy post so I will try to keep the words to a minimum.
Two weeks ago (March 23) hubby and I celebrated 39 years of  wedded bliss. We went to brunch and spent the day together before he took me to meet up with the girlfriends to go to our annual stitching retreat. The group is limited to 40 and there is always a waiting list in case someone drops out. We had a few first timers this year. (of course we left our deposits for next year!) 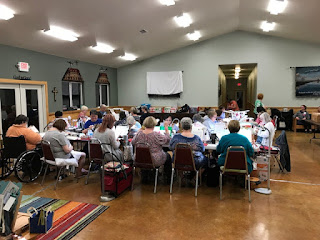 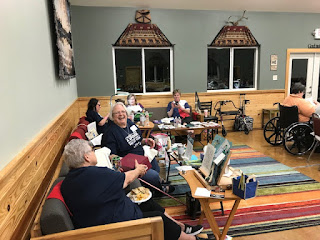 We spread out and make ourselves at home for the weekend. 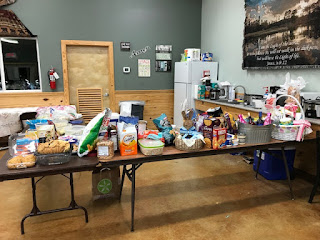 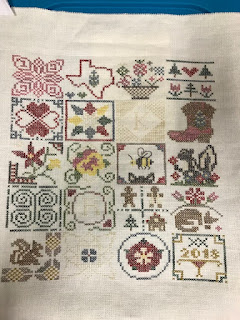 While this was year #14 for the 3 of us, it was the 20th year for the retreat. One of our projects was this sampler that has a square to represent the theme from each of the 20 years. I had almost finished the first square when I figured out I had not started in the right place. I haven't restarted it yet. 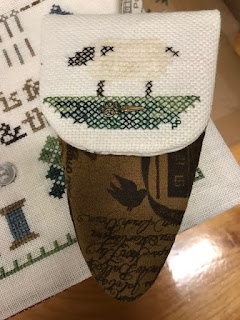 I have almost finished the little sheep for the scissor keep. 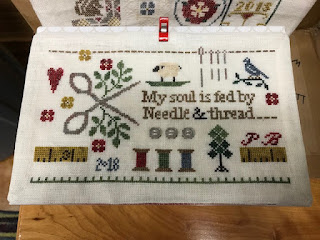 This goes on the top of a box. 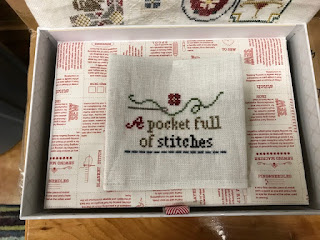 On the inside of the box, the first layer is a pocket. Under that layer is a padded space to store other stitching goodies. 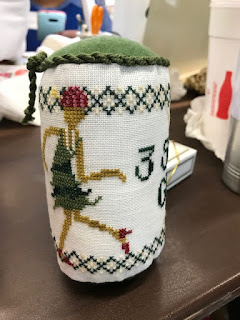 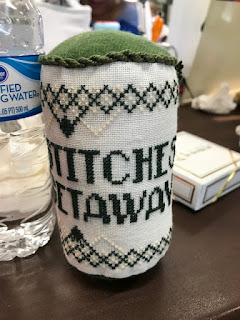 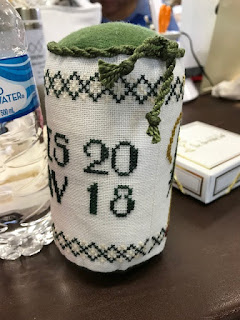 I had to take 3 pictures to get all the way around the pinkeep/drum. 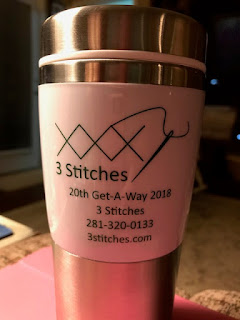 We all got special tumblers. 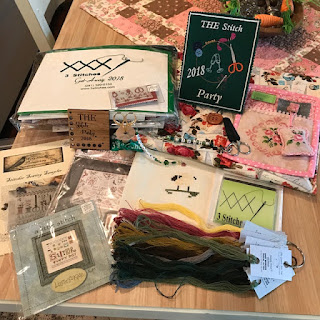 This is most of the stuff I came home with. The bag in the upper left corner contains all the charts, stitching fabric and finishing fabrics for all the projects. The floss in the front is the color palate we worked with. Everything this year was stitched with wool floss from The Gentle Art. I haven't had a lot of stitching time since I have been home but I'm enjoying stitching with the wool. (except for the fact that I think I may have a slight allergy to it - really gets my eyes itching and watering when I stitch with it)

Anywho. We made it back home mid-afternoon on Sunday. I had the afternoon to do laundry and repack so hubby and I could head out on another trip Monday morning. I'll tell you about that next time! Look for lots of pictures then too!