We didn't make plans for Saturday and Sunday. We just wanted to spend time together. I love to see my guys communicating as adults. The guys went to see a movie. (Ashley and I stayed home - I offered to take her shopping, but she was still trying to figure out how to pack everything they own into 4 checked bags and two carry-on bags!)

After the movie, we grilled steaks and made home-made ice-cream. While dinner was cooking, Timothy tried to stop the wobble in the fan on the patio. 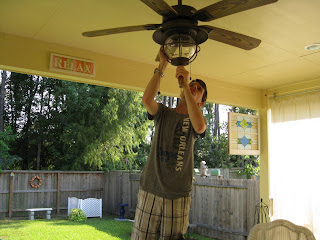 Switched the blades around, but it still wobbles on high - he put it on medium and called it fixed. Now I've gotta find where I put that balancing kit. 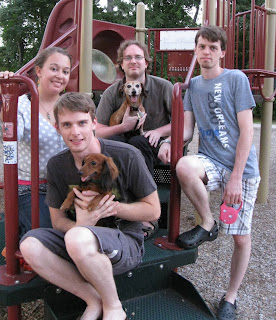 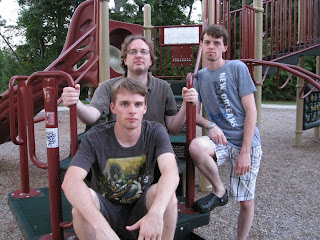 to take a few pics of the kids 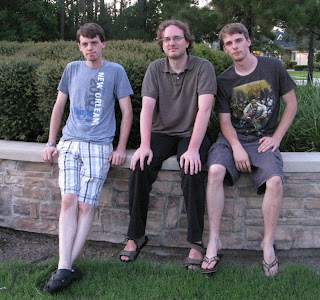 It has been several years since I had a pic of all the boys together and who knows when I'll get a chance for another. 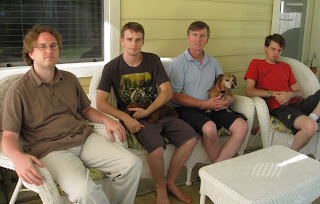 Timothy helped with another project while he was here - I have during pics, but haven't taken after pics yet - it's a good one, I'll take pics soon.

Also over the weekend - my brother became a grandfather! My oldest niece had a baby girl - which also makes my parents great-grandparents! David, I need a pic to post!
Posted by TinaTx at 3:40 PM

What a nice family you have - reminds me of my son's family. He has three little boys - 8yrs, 3 yrs and 1yr.

Congrats on the new arrival to the family, Tina! Know you are going to miss these guys, but home is where mom and dad are, so know they will visit as often as they can!! Wonderful pics of all of them!