Way back in December, the hubby won tickets to a Coldplay concert. Front row tickets! That show was Monday night. 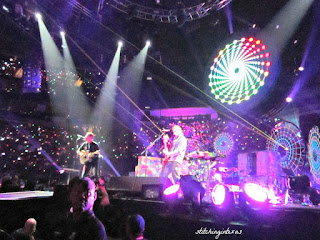 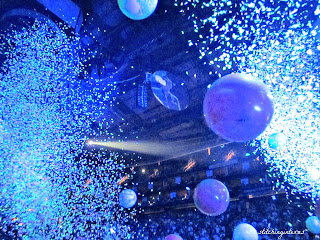 I don't know how many times they shot out confetti but it was everywhere! 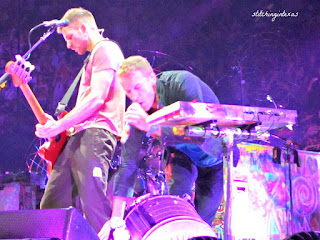 Can you imagine how good these pictures would have been with a good camera? 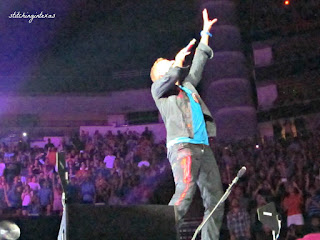 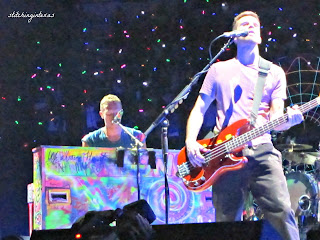 See the lights in the background? 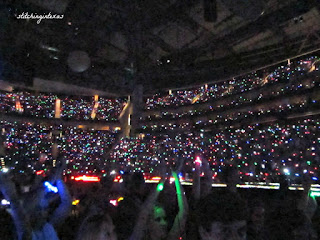 Everyone was given an wristband - pretty cool when they were all lit up! 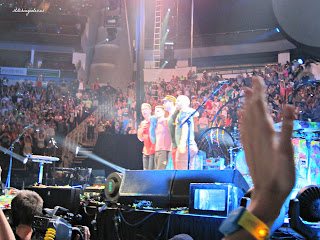 We were the oldest people on the front row - but oh well!
I think my insides have finally stopped vibrating and someday I may be able to hear again!
Posted by TinaTx at 11:07 AM

Oh, what fun! It has been so long since I have been to a concert! Glad you had a lovely time! xo Heather

I have never, ever been to a concert like what you attended. And I've never heard of Coldplay. Does that mean I live in the dark ages? ;)
Glad you had such a fun time!!

Well, hey there, Tina! How are you! Good to hear from you. I haven't been blogging much lately - just in a funk I guess. Glad you enjoyed your concert. I read back a bit, too - your kitchen re-do turned out great!