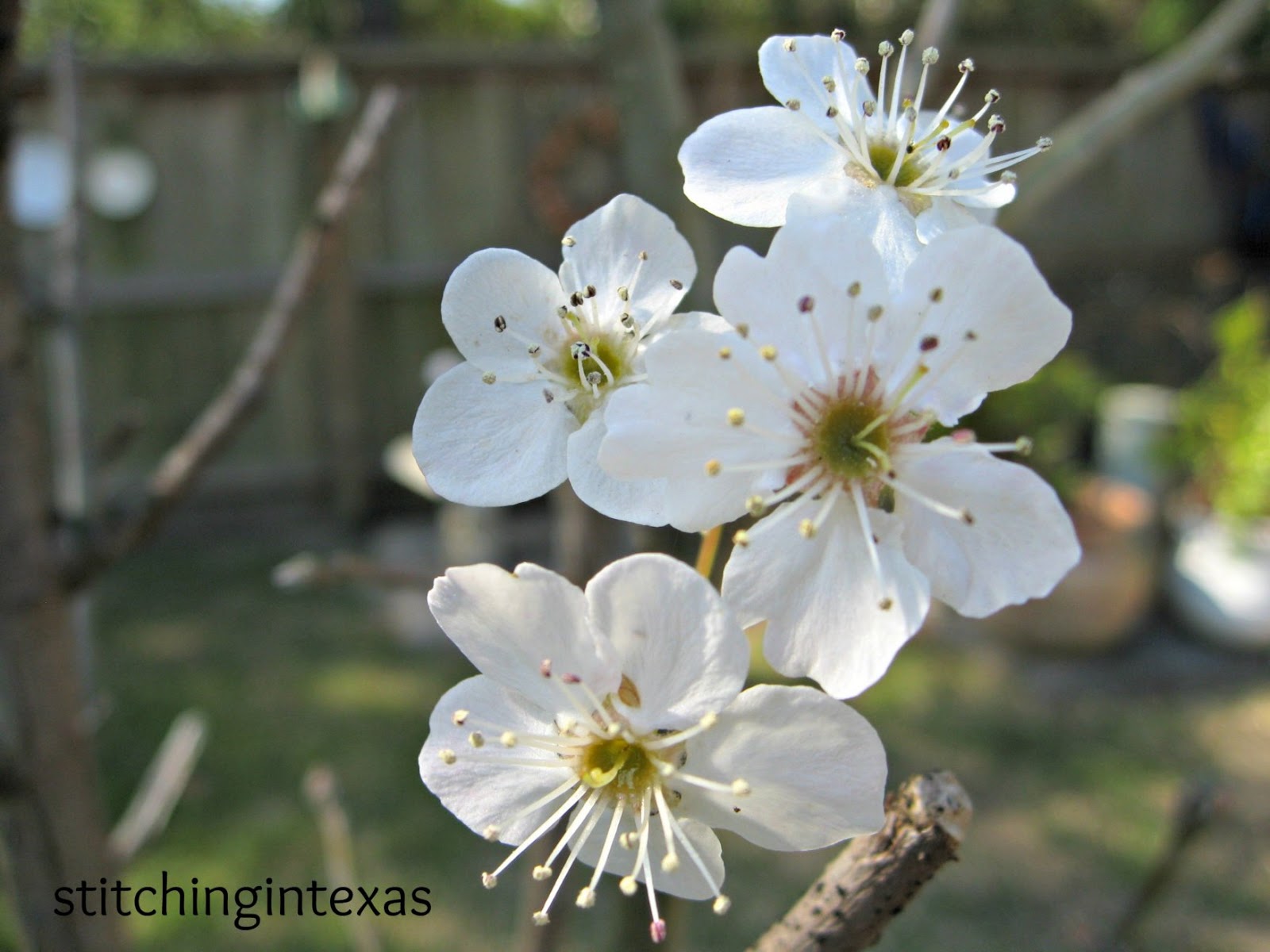 Things are slowly coming back to life around here. This is on one of the two trees hubby planted last spring. They looked pretty pitiful during the winter but they are coming back! This picture is from a couple of weeks ago - now they both have leaves coming out and are starting too look like they might  it after all! 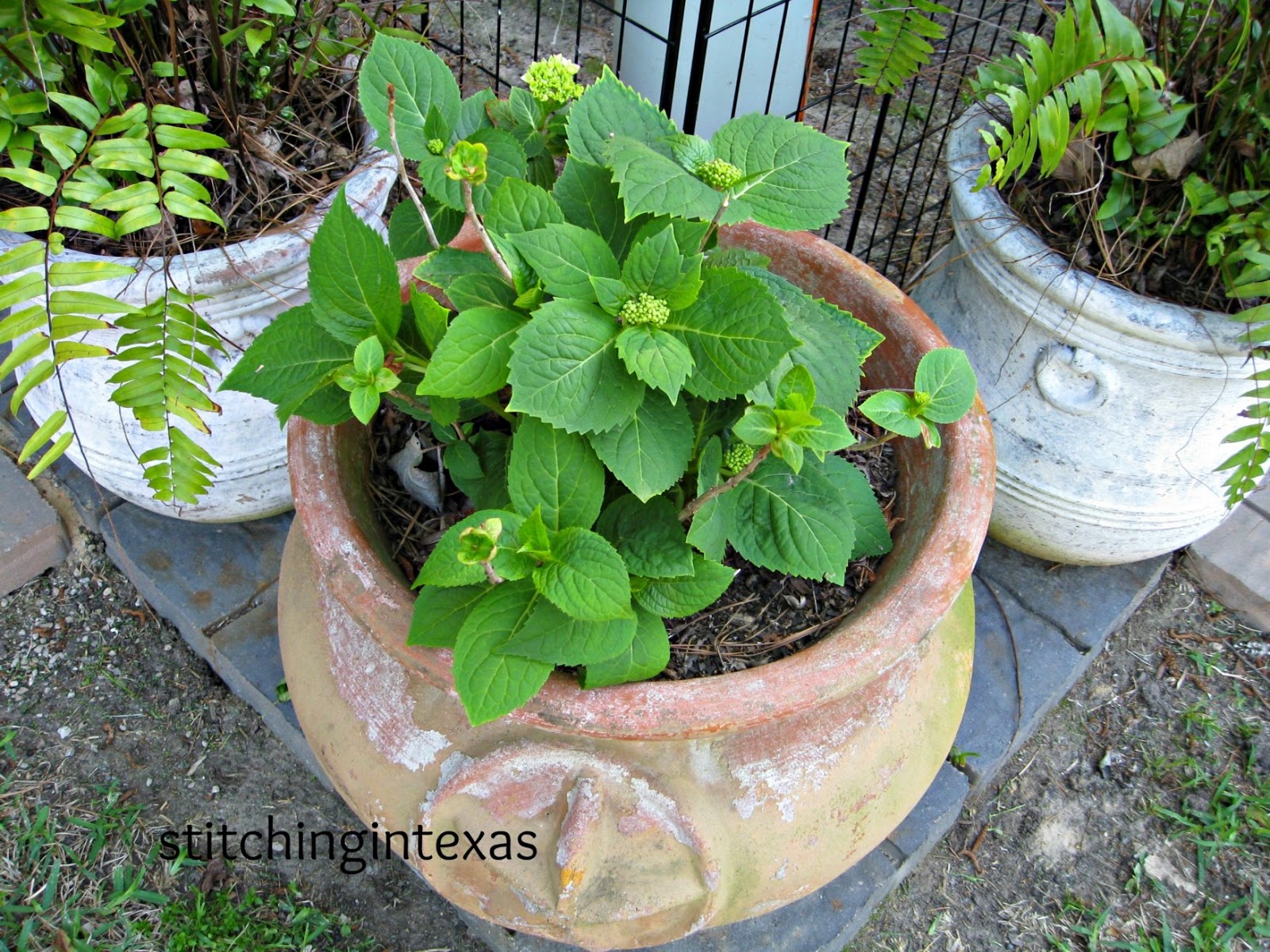 This picture was from last week - I can't believe how well my hydrangea is coming back I put enough of that stuff turn the blooms blue in it to color everything out there but I guess this one wants to be pink and as long as it blooms, I'm okay with that. 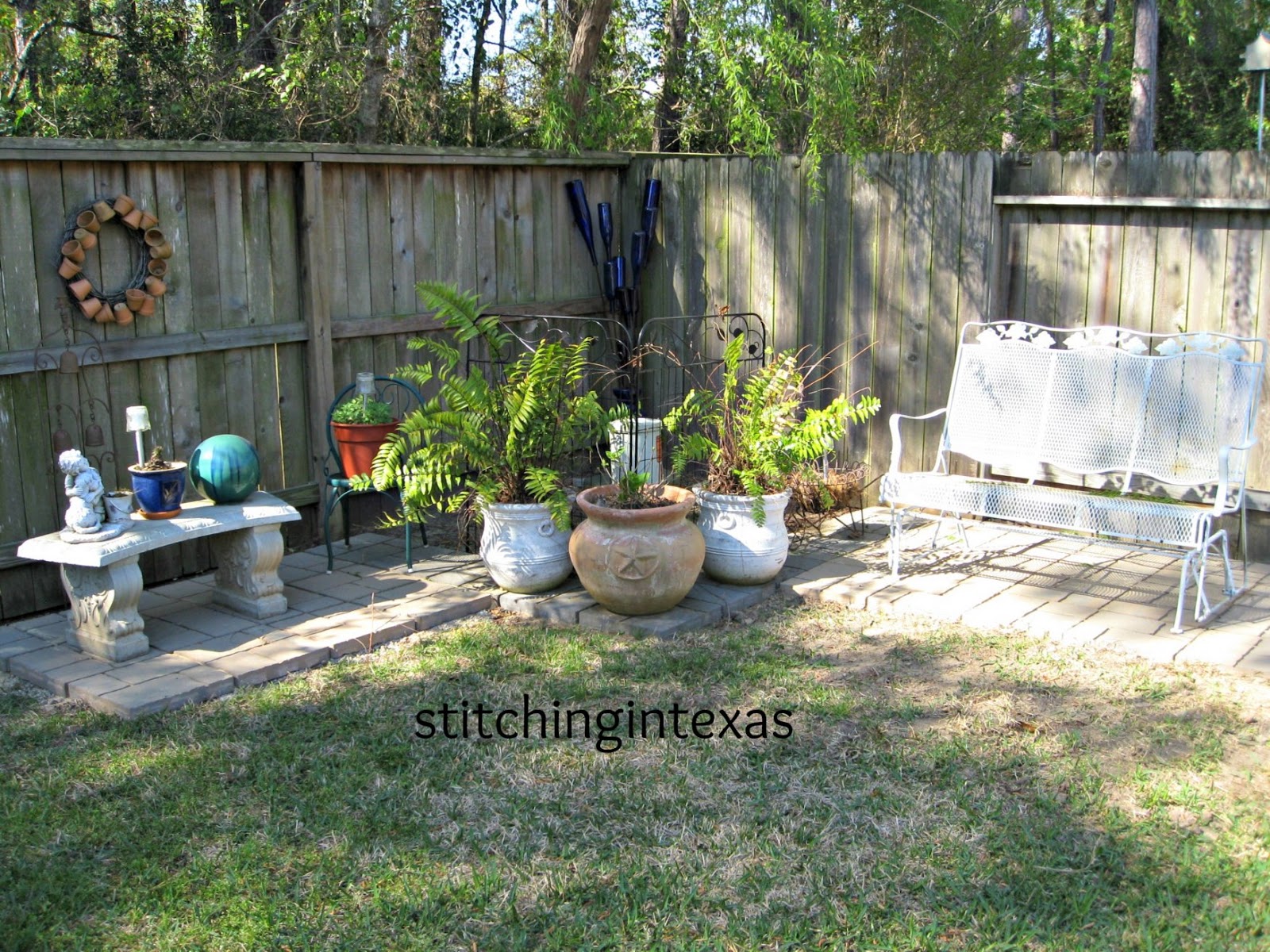 While I was gone to the stitching retreat (I may not have told about that yet - I will, I'm just so far behind on everything!
Anyway, he laid pavers for the glider and bench to sit on - they look good but he was trying to make his mowing easier! The grass is already greener than in this picture; 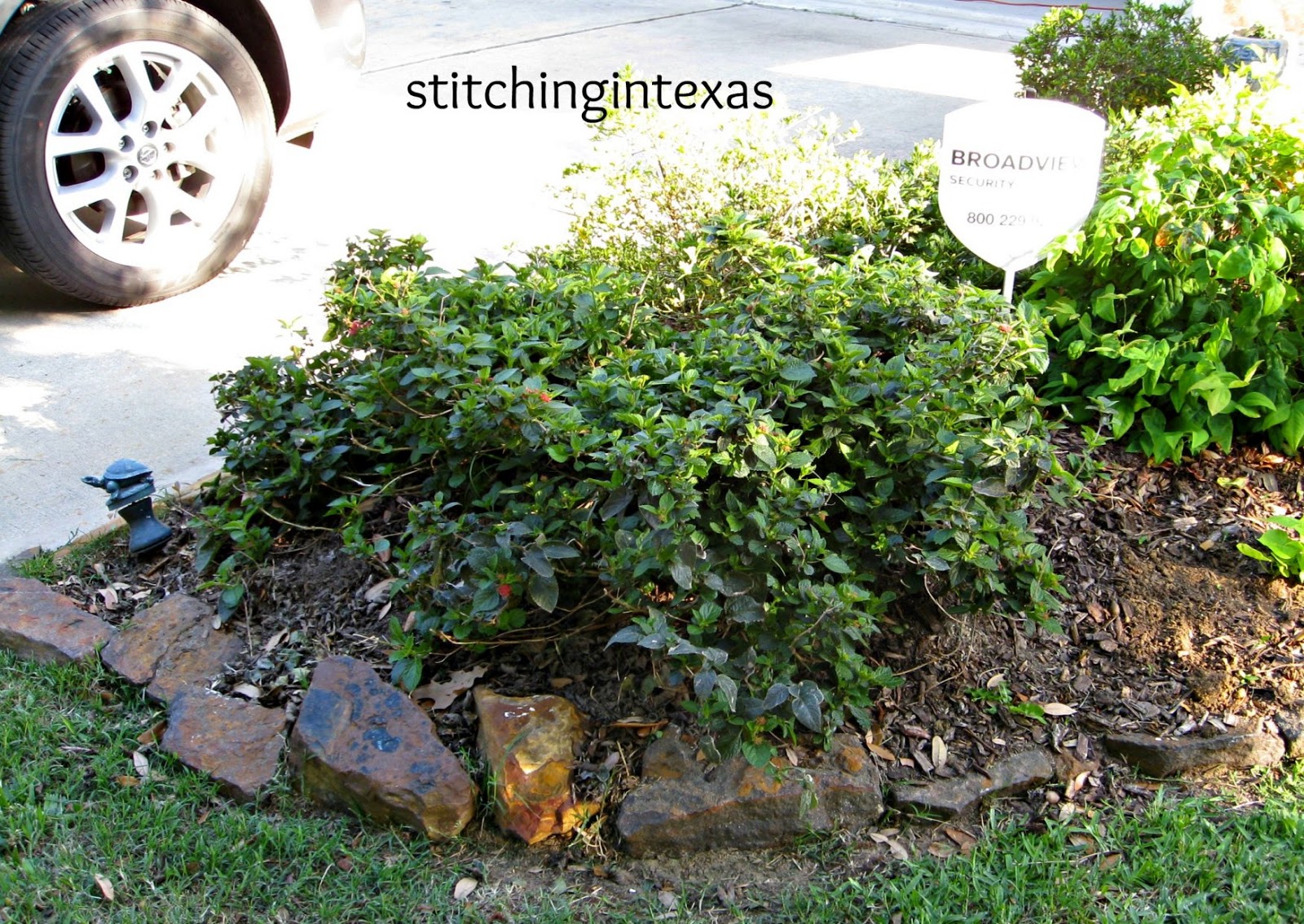 This last one is of the lantana I planted last year,. I wasn't sure what it was going to do. It was so lifeless and ugly during the winter I was afraid they wouldn't come back either but they are already bigger than last year and are getting a few buds on them too!

I've been getting a little bit of stitchng and sewing lately but they are either incomplete or for gifts and even though I don't think the recipients read here, I'll save those for later. I don't even have pictures of them yet.

I've had a really hard few months which is part of the reason I haven't been posting. I'm starting to feel a little better but it is slow going. I'm going to try to get back in the habit of blogging a couple of times a week.

I hope you all have a great weekend!

excuse the pitiful spacing - I'm still learning the 'new' blogger and I am at the bottom of the learning curve!

What great wonderful plant and yard pictures you shared, Tina! Have a wonderful weekend!

Golly I have missed you - your yard is really off to a good start!

It's nice to read a post from you again. I have missed you also. Your yard is looking great!

Have a great weekend.