A few more pictures from the Bellagio 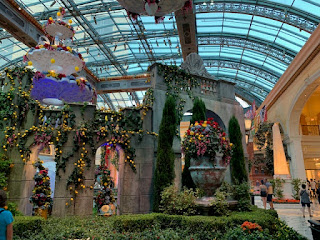 We wandered around there several times 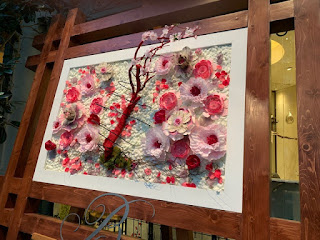 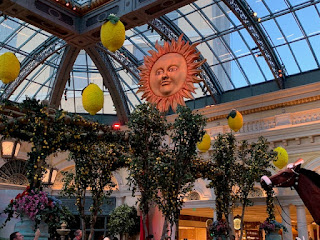 It's a beautiful hotel - we want to stay there next time! 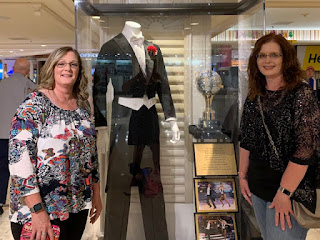 And the reason we went to Vegas in the hottest part of the year - we went to see Donny (and Marie) Osmond! It was a great show. They didn't allow photos during the show so we stopped and asked someone to take a pic of us with Donny's suit and mirror ball trophy from Dancing with the Stars.
My very first concert was The Osmond's in Little Rock, Arkansas - I'm guessing 1974. They showed some film clips from that time frame (think white, bedazzled jumpsuits) and Donny can still make all those moves! 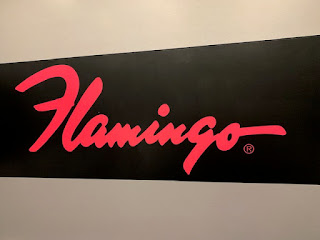 Last ride down this elevator 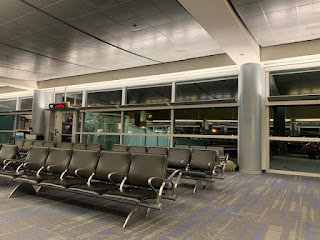 The secret to a short TSA line - arrive at the airport at 2:30am. We weren't the first people there though - look closely, over by the window/pole - there is someone asleep on the floor over there! 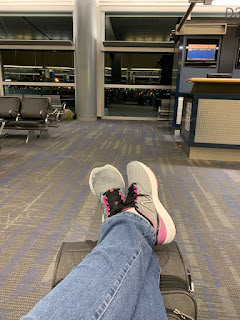 We had a 5:00am flight and decided it would be easier to pack up and head for the airport than it would be to go to bed for 2 hours and try to sleep. 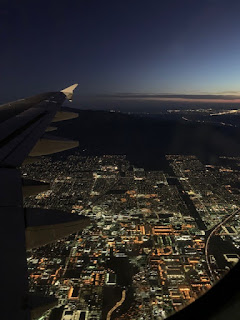 Snapped this out of the window as we approached LAX. I have no idea why we went to LA before coming back to Texas but now I can say I've been to California. I didn't step outside the secure area of the airport but I did have breakfast there!

That's it. It was a short trip but we had a great time. We definitely want to go again - just not in August!

Wonderful pictures, Tina! Glad you were able to go!

I’m so glad you went!