First time for everything

There are some things you just don't expect to hear from your kids. Brian asking to go to the hardware store is one of those things. The only thing he has ever been interested in 'building' is computers. Computers he knows his way around - lumber and power tools, not so much. Never-the-less, he arrived for his Christmas visit with a plan to build a game table so off we went to buy lumber! I should have taken a picture of him shopping - bad mom/blogger. 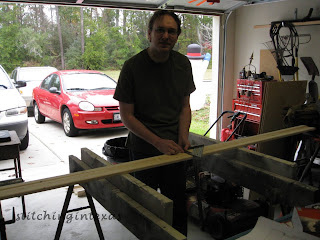 Anywho - after shopping, we came home and his dad showed him the tools and set him up to work. 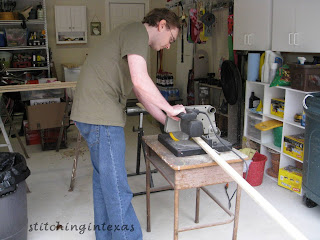 Never thought I would see him using power tools! 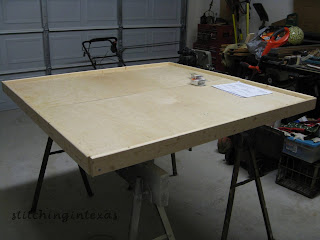 He was building a portable gaming table. There are two other sections sitting off to the side - I think it can extend to 8 feet but it comes apart in sections small enough to fit in his car and to store in his apartment. Not bad for a first try! He is planning to cover it with something so he didn't finish it out, just sanded the rough spots. 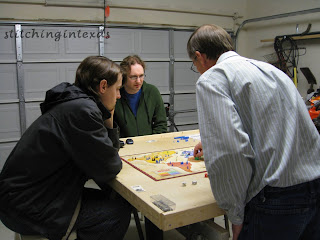 In between the TSO show, a trip to the IMAX to see Mission Impossible and other assorted 'Christmas fun' the guys gave it a test run with a game of Risk.

Still working on catching up around here!
Posted by TinaTx at 1:23 PM

Very nice Game Table!! He did a great job! Multi-talented son you have! Sounds like yall are having a great time together!! Happy 2012!

He did a great job for his first try. And it's a really nifty idea. Wonder where he got it from?