This little table has been around awhile 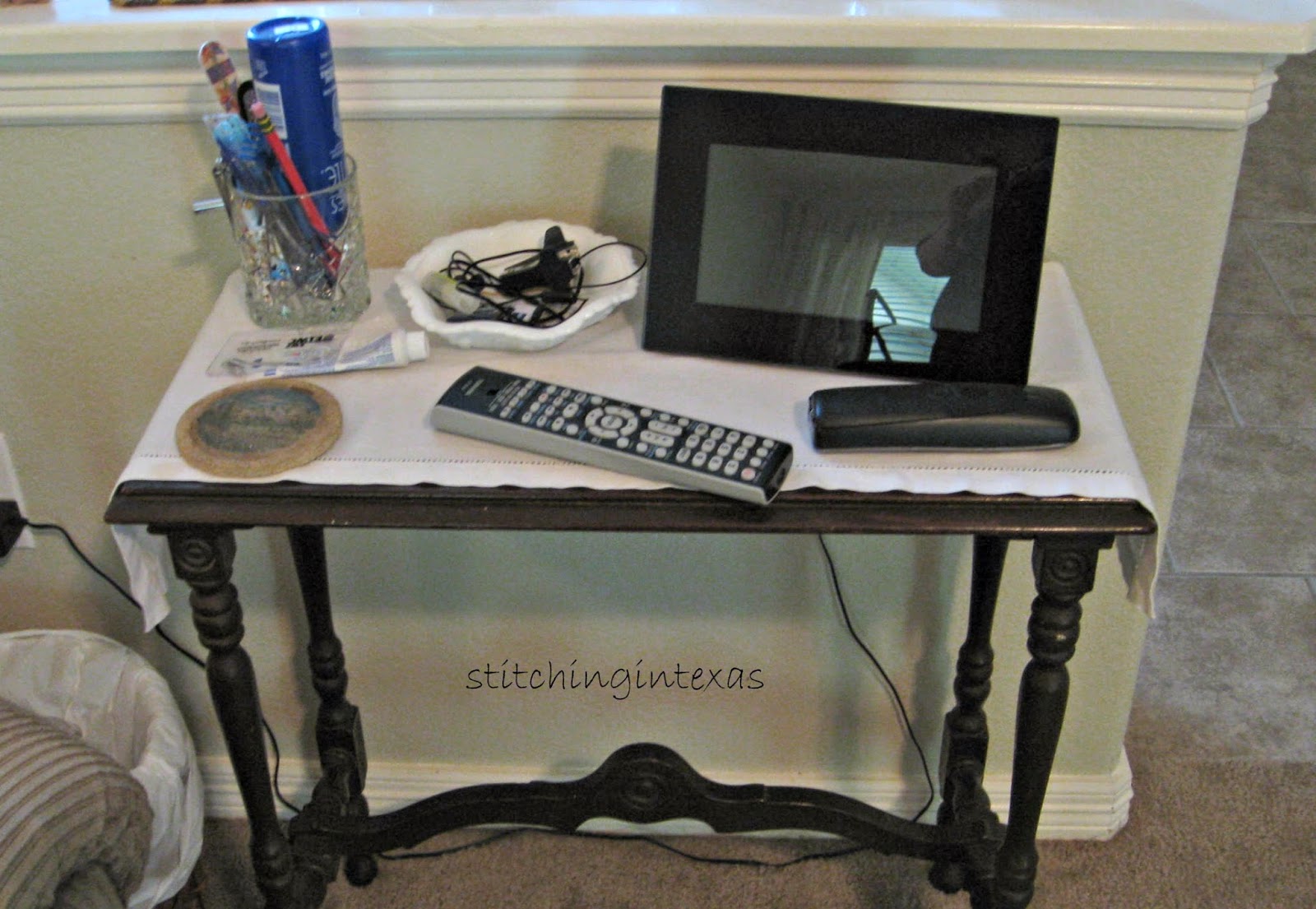 It moved from Jacksonville with us and has been in just about every room in the house but I think it has found it's permanent home beside hubby's recliner. He kept running out of space on the half wall and this little table was a perfect fit. Problem is, it wasn't the perfect color. Also, couldn't ever get it to look clean. I used all kinds of cleaners on it, and it still looked dirty. 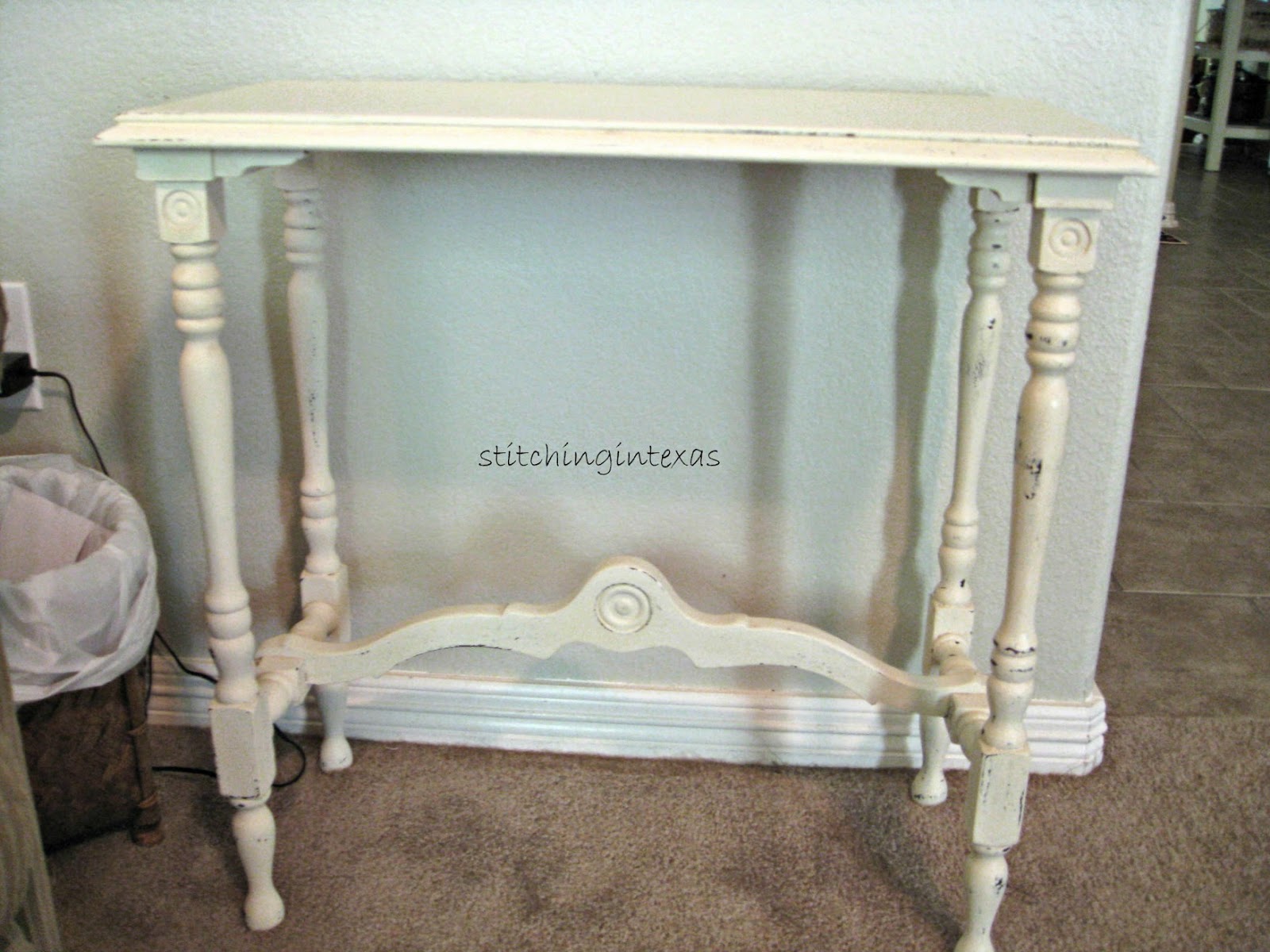 So, I popped it up on the kitchen table and gave it a couple of coats of ASCP. I used every last drop of my can on old white. Good thing the next thing on my want to paint list is going to be grey and I have a full can of that.
(this next part turned into a mini rant so you might want to skip it.

Might get to it sooner rather than later since I can't use my washing machine at the moment. A part went out on it Saturday afternoon - it is a front loader and it wouldn't spin. It tried but just couldn't do it. Hubby called customer support but they couldn't figure out the problem so they set up a time for a service call - to the tune of  $89.00. That was just for them to come out. If they repaired it and it was a 'minor' repair it's another $150.00 + parts, $250 +parts for a major repair. Hubby kept looking around and found the problem. Went out on a search for the part but the only place that was open on Sunday was going to have to order it and it was roughly $75.00 and would take 5-7 business days. I got on Amazon and found the part for $55.00. Still going to take a few days to arrive but it is an easy fix once we get the part. Here is the thing - the part that is worn out is plastic. It is attached to a metal part with 4 screws so all that needs to be replaced is the plastic part but apparently you cant buy just that part. (though the service tech might have one but it would still cost me over $200.00) So, the service call was cancelled and part ordered. Tracking says it is in transit. Here's hoping it gets here before I have to find a laundry mat. I'm not naming the make of the washer but if you want to know, email me.

5 years in the making 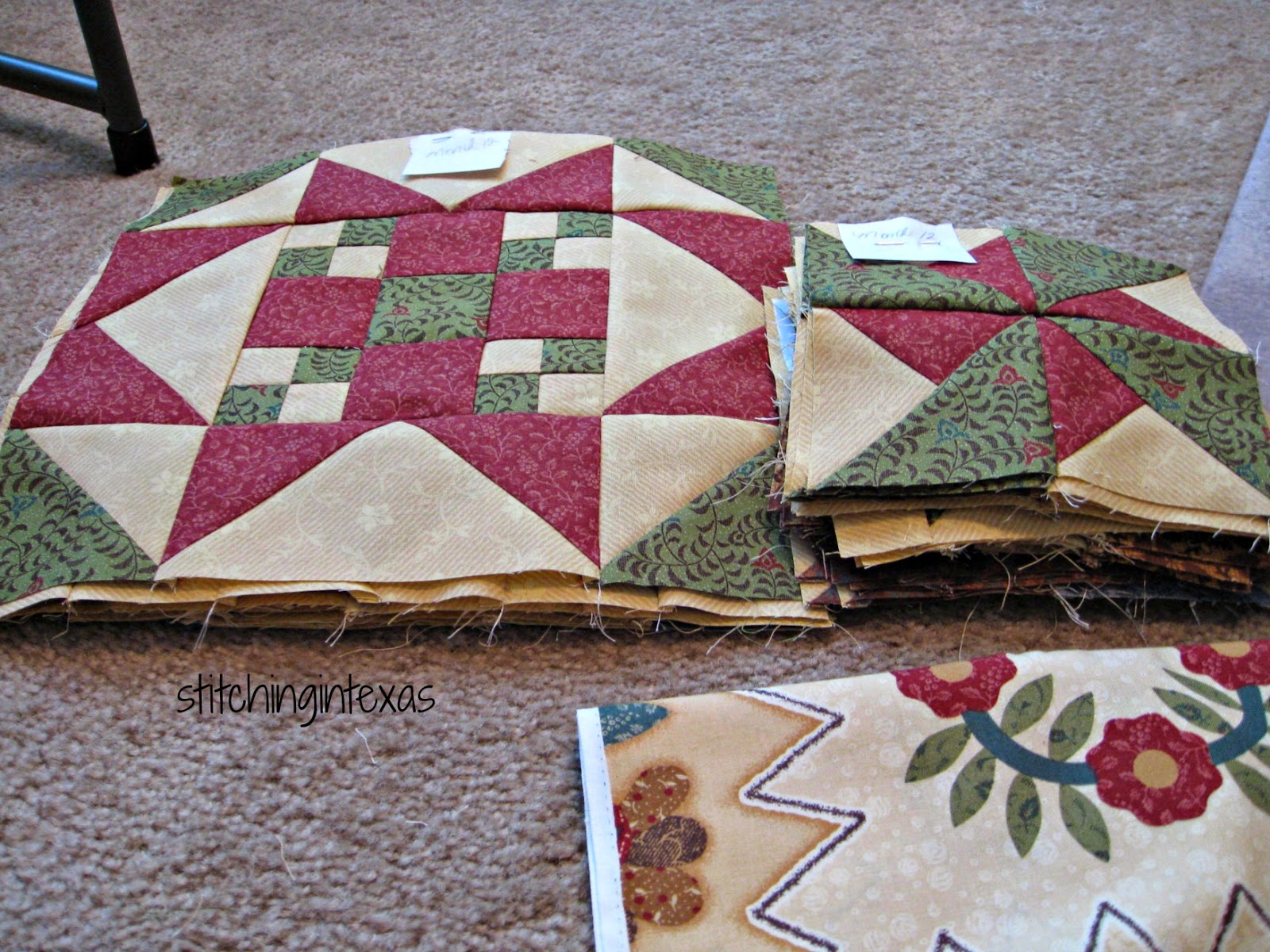 Yep - I've had this project 5 years (maybe closer to six) it was supposed to be a block of the month thing with a shop that is no longer in business. She closed up by about month 3 and it was like pulling teeth to eventually get all the rest of the months. I have pulled it out a couple of times and worked on a few blocks then I would put it away for something else but  I finally pulled it back out last month and decided to finish the last three months. There is one large and 3 small blocks for each month. I don't know when I will actually get the top sewn together but I'm taking a break for it for a bit. I think I want to hand quilt it so I won't be working on it for awhile - too hot,  I'll work on it in the winter so I can use it to cove up with while I quilt! I'm going to have to have some help getting it sandwiched - it's a biggie for me (the largest one I've done so far) At least it feels good to have all the blocks sewn together. I'm going to have company for a couple of days so who knows what will be going on around here. Sewing, stitching, shopping?

Hope you all have a most wonderful week - I'm certainly looking forward to the rest of mine. (with the tiny exception of a grocery store run).