Why is there never enough time in the day to do everything I want to do? Maybe I'm jut slow. :( 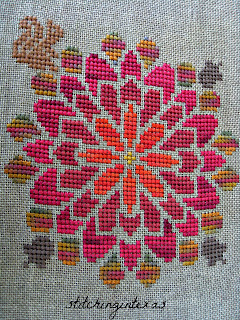 Last time I said I would show you the one finished piece from the stitching retreat - it is all stitched but who knows when it will get 'finished'. It is supposed to be made into a little zippered pouch - have everything to finish it with, but . . .

I have such nice friends. :) Two of them, they don't even know each other, but  recently they both got to take a little trip and both of them brought something back for me! 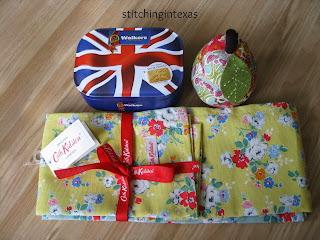 Terry brought me tea towels, a pincushion and a little tin of shortbread cookies. That tin was hard to open but I assure you it no longer holds any cookies! 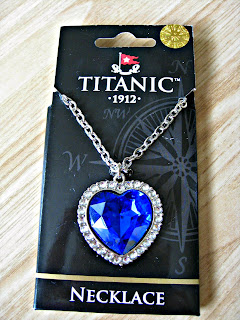 If I had been blogging when the movie Titanic came out I probably would not have told you how many times I went to see it. I was a little obsessed and still watch it when I catch it on tv - I do have it in both VHS and DVD format but I rarely pull out movies to watch. Anyway,
Ann brought me my own necklace!

We have been so wet here there hasn't been much going on. Fortunately where we are we haven't had all the flooding other parts of Houston has had but we have had enough that the ground is squishy when you walk on it. Hubby poured out 5 inches of rain water last night and I think there is another two in there now.

I did decide to skip the May stamp chart and do June - it is stitched but not in the frame yer - I'll get it in there by June one way or another!

Hope you are having a great week. I'm enjoying the sunshine for now because I know it won't last but a couple of hours before it starts raining again!
Posted by TinaTx at 2:12 PM 2 comments:

Put the buttons on this piece at 5:00 yesterday afternoon! 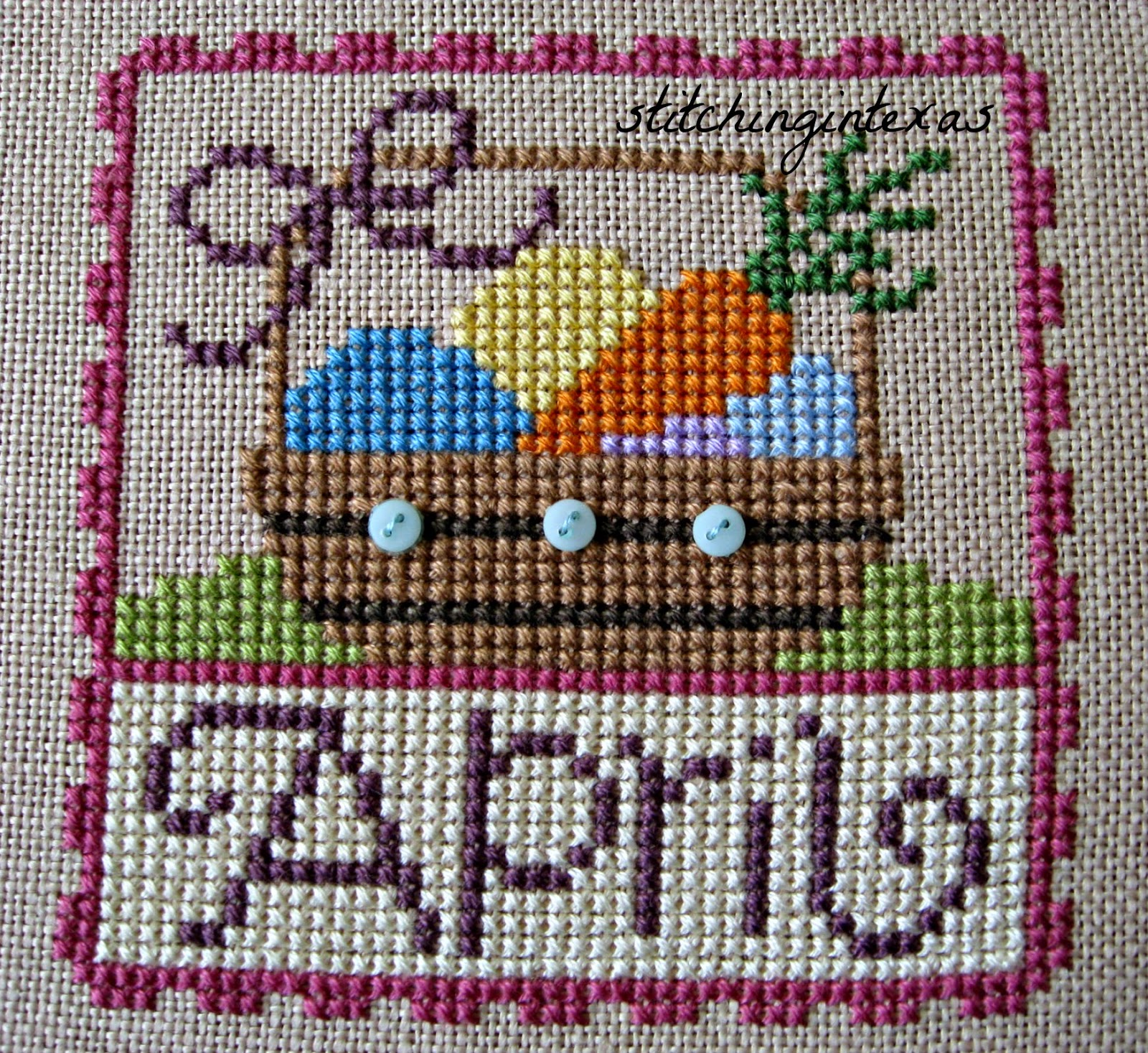 I intended to have it out for display before the end of April but things kept coming up and I couldn't get enough stitching time in, but at least now it is stitched and all I have to do is get it mounted before next April! I've pulled the colors and fabric for May but I' still debating whether I should skip May and go ahead and do June. I know I won't finish May in time for display but I might be able to get June done in time for June.

Right now I have clothes in the washer waiting to go in the dryer and dishes to load in the dishwasher so I will think on it a little longer.
I did finish the retreat piece that was on the qsnap in the last post - I'll show it next time.