Hey there! I've been neglecting my poor blog but I thought I would pop in this morning and say hello! I've had a busy, but fun, spring. I've posted about the stitching get-away and the awesome Bon Jovi concert but the fun didn't stop there. Two weeks ago I left on a girls trip to the Smokey Mountains. Sandra, Sarah and I (my usual travel buddies - neither has a blog) went to Pigeon Forge and Gatlinburg, TN with a side trip to Ashville, NC. Over 2,000 miles in 6 days!
I took over 300 photos - which was not nearly enough, I keep thinking of places I didn't take any pictures. I'm posting some here and will post more later. These photos are straight from my phone with no editing. (who has time for that?) 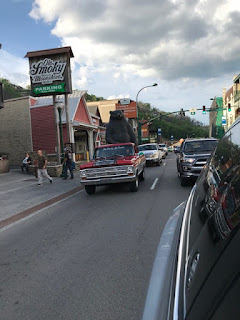 You just don't see a big bear in the back of a truck every day! 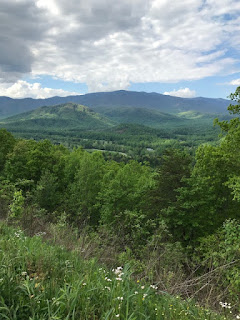 The scenery was just beautiful. 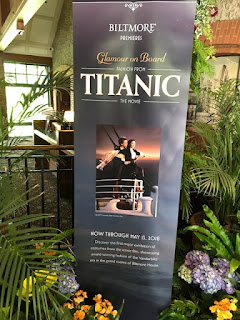 We spent one day in Ashville, NC,  visiting Biltmore and it was a pleasant surprise to find that they were having an exhibit of costumes from the movie 'Titanic' but I will show some of those photos later. 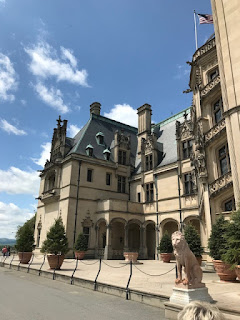 Arriving at the front of Biltmore. 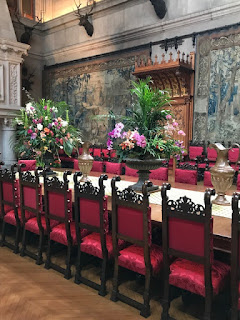 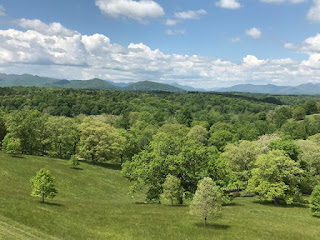 View off the Loggia 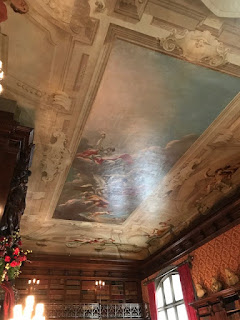 Ceiling in the library 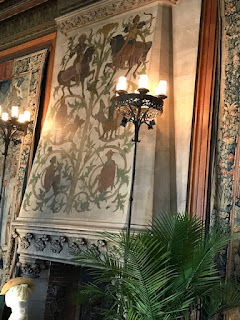 One of many beautiful fireplaces 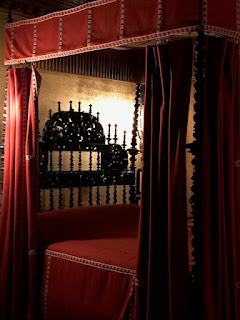 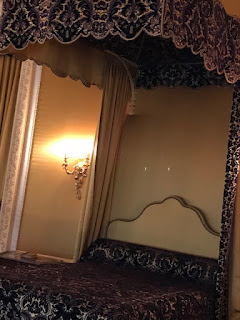 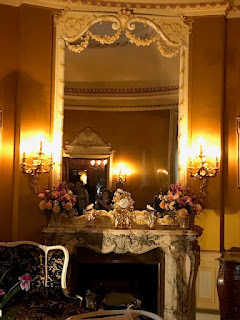 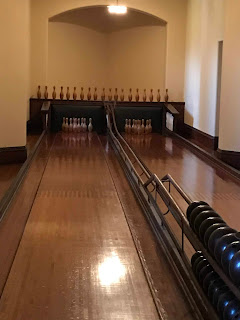 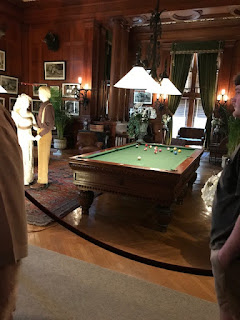 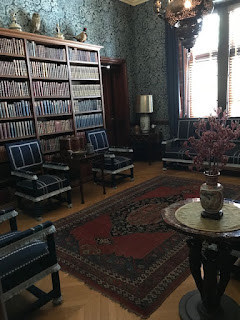 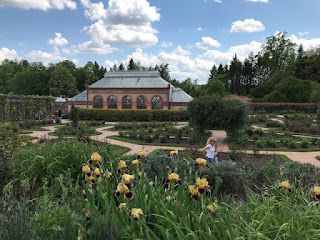 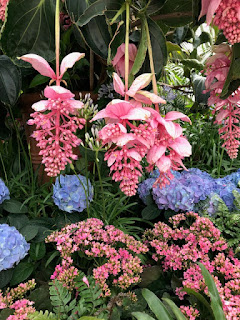 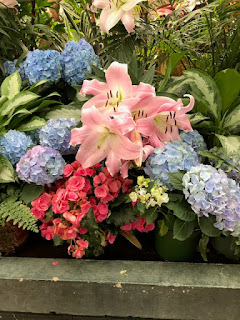 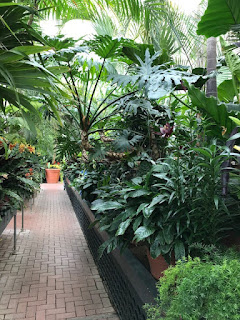 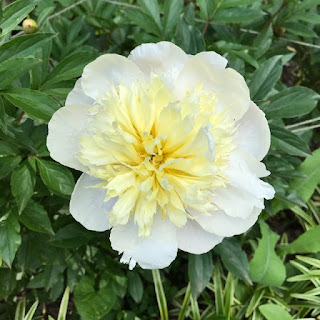 The flowers were beautiful! 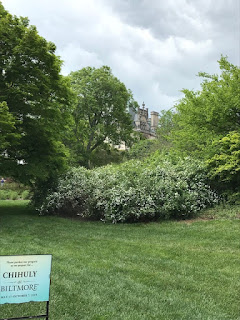 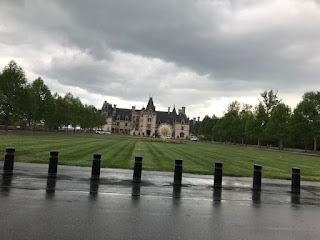 It started raining as we were leaving and by the time we got right in front of the house it was pouring, so the only pictures I got of the front were out the window of the car as we were driving by.
I don't have all the photos on my computer yet so I still have more to show. (It's a big house people - they even have an indoor pool!)
I took a lot of pictures of the Titanic costumes too, but I think this is enough photos for one post - I'll share some of those later.
It was an awesome trip - and we did hit up one needlework shop.

The weather there was wonderful (except for that one rain episode).

I think our 'spring' is over here in Texas. We are hitting 90+ daily now. It's going to be a long summer!

Have a great weekend!
Posted by TinaTx at 9:14 AM 2 comments: