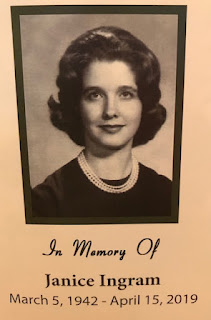 It's been a month and I'm still not ready to make this post.
Mother fought a long battle with Multiple Sclerosis. The doctors told her 30+ years ago she had maybe 5 years, but they didn't know mom. She fought it with everything she had.  The last few years it slowly took it's toll as she gradually lost the ability to do those things we all take for granted every day. The past year or so it seemed like every day there was a little something she could no longer do for herself - but she would try it until she exhausted herself before she would ask for help.
On Monday, April 15, she lost her battle. She passed away, peacefully, in her sleep. 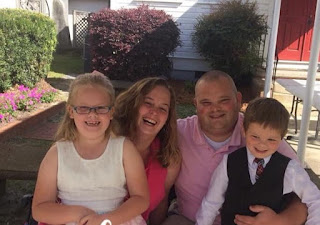 Less than two weeks after mom passed, we learned that my oldest niece, Heather, was loosing her year long battle with cancer. My sister and I drove (I'll give her the credit she deserves - she did most of the driving) my dad to Charleston to see her. We arrived on Monday and spent a few hours with her. On Tuesday, April 30, she too lost her battle. She was only 32 years old and leaves behind a husband and two young children.

Two moms gone too soon. Two moms who loved their families with everything they had. Two moms that are no longer in pain. Two moms who are missed every day.
Posted by TinaTx at 8:09 AM

My heart breaks for your family.

Tina, you and your family continue to be in my thoughts and prayers. Sending heartfelt hugs your way.

So sorry for your losses!! Hugs and prayers!