How I spent my birthday 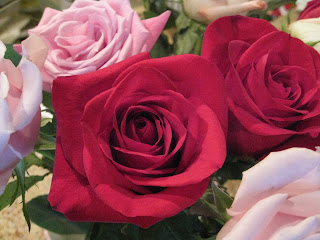 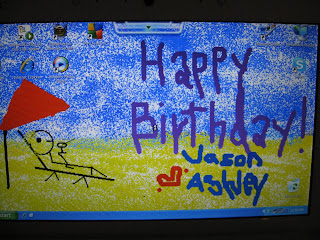 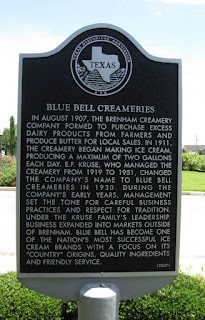 Then we took a little trip
For those of you that don't live in one of the 19 (mostly southern) states that have Blue Bell ice cream, I'm sorry. :( 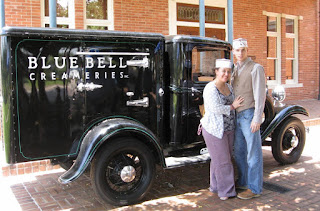 They don't allow pictures on the tour (how did my baby get so tall?) 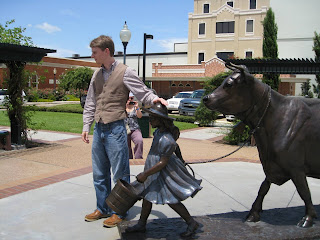 So I took a few outside, after the tour. 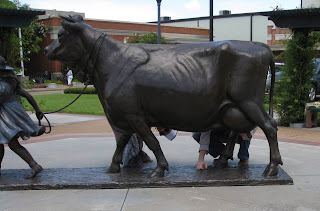 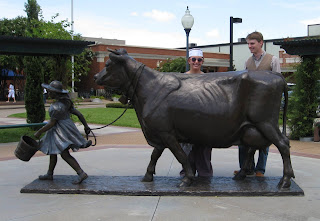 At the end of the tour you get a scoop of ice cream - they have a total of fifty some-odd flavors (so said out tour guide) and they probably had 20 or so to choose from for the 'free' scoop. Ashley had vanilla, I had triple caramel - I can't remember if Jason had the triple caramel or the new flavor - which is what hubby had 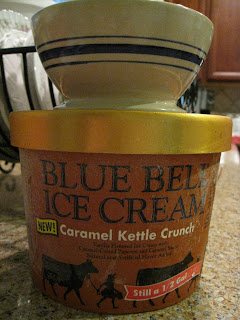 It was immediately put on the shopping list for the next trip to the grocery store - we needed milk this morning. :)
After the tour we drove around and went in a few antique stores, then came home and cooked on the grill. 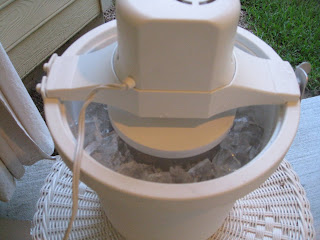 and made home-made orange sherbet. 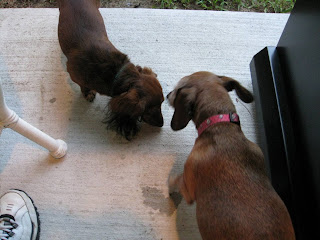 the four legged kids going after the ice that dropped on the patio. 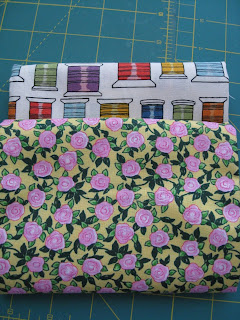 We also stopped at a little quilt shop and I picked up a couple of fat quarters to put in the prize package. I need to gather all the goodies together so I can see what size box I am going to need. If I was a really organized person, I would have had all these things together but I'm not and I didn't (but I knew where they all were) so when we started moving all kinds of stuff around over the weekend well . . . I'll find it all though! Of course there are still a few days before the end of the month, so I could still add more!
It was nice to have Jason and Ashley here. They went back to Kilgore yesterday. We will see them again the weekend before they leave for New York - which is quickly approaching. Not sure I'm ready for that, but I don't guess that really matters.
Posted by TinaTx at 4:48 PM

I hope you had a wonderful time :)
Happy belated birthday :)

It looks like you had a wonderful day! I'm not a huge ice cream fan, but that Caramel Kettle Crunch sounds really interesting. Happy Belated Birthday!

Sounds like you had a great day - golly I have not been to Blue Bell Creameries for years. I am like Ashley - would order vanilla!! The fabric with the spools of thread is darling.

Sounded like a good birthday to me, especially the Bluebell ice cream part! The fabrics are pretty!
Blessings,
Lorilee

What a fun day! You're really making me wish I could try that ice cream. Nothing like that here. Homemade orange sherbet too? Now that sounds divine!

Happy belated birthday Tina... hope it was a great day :-)