What happened to fall? We are supposed to hit 88 today! Not exactly fallish!

Okay - on to other things. Terry (in Arlington, but with no blog) won the prize pack I put together for my 500th post with her comment on Brian's b'day. She emailed me last night that the package arrived so I thought I would show you what was in it. 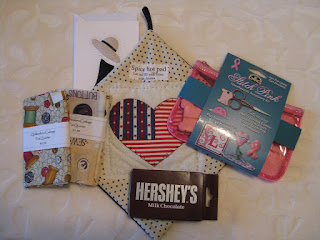 Everything except the pink pouch was purchased on my trip. That is a deck of playing cards - I didn't think chocolate would mail well - I did buy some, but I ate it! :)

Now, back to our trip! Did you guess how many states we drove through on the way up? We left Texas on Saturday - drove through Louisiana, Mississippi, Alabama, Georgia, Tennessee, Virginia, West Virginia, Maryland and landed in Pennsylvania late Monday afternoon. Yep - 10 states! 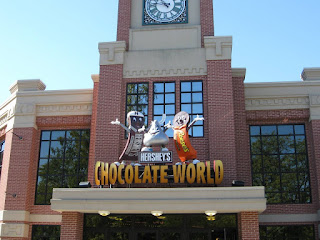 of course. You can't go to Hershey, PA and not go to Chocolate World! 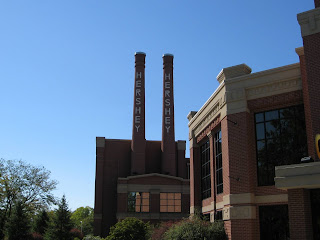 I tried to take pictures on the 'tour' but since you are on a little train/tram thingie that is moving the whole time it wasn't exactly an easy thing to do! 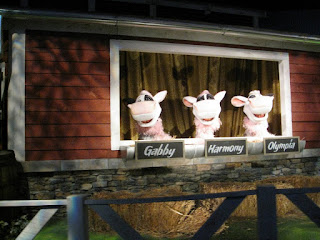 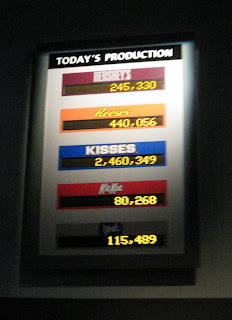 Products produced so far that day. 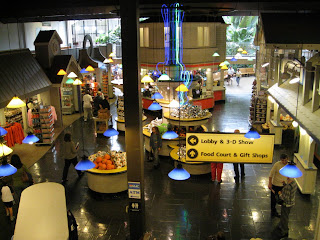 And of course shopping!

From Chocolate World we went here 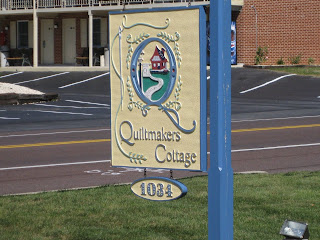 Nice little shop - I think we were there at least an hour. I met Sue (from PA - also no blog) in person for the first time! (She met us there.) Sue and I 'met' years ago on the AOL cross stitch boards but this was the first time we got to meet in person. Unfortunately I failed to get a pic of us together. (I thought we were going to get to meet up again or I would have called her back when I thought of it as she was pulling out of the parking lot!) 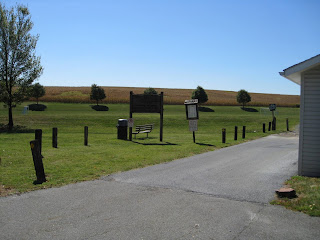 This was just behind the quilt shop.

Then we went to an antique place - I also failed to get a pic of that because I was focused on this house behind the antique place. 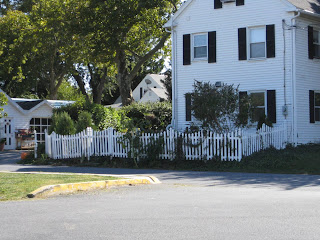 Okay - I guess that is enough pictures for today. I intended to include a pic of the street lights in Hershey (Kisses!) but I missed it and I don't have the patience to go back and put it in so I'll show it in another post.

I will show my purchases at the end of the trip - I still have a few more posts worth of trip pictures!

I've been working on some projects here. I finished a Halloween pillow but haven't taken a pic yet. I've also got two ornaments ready to go together and I'll show pics of those later. Today I'm working on a Christmas gift so I can't show that one.

Better get back to it - my list of things to finish before Christmas is a long one! (sewing - and I'm slow at that!)
Posted by TinaTx at 12:53 PM

You went through Georgia but didn't swing by Atlanta to visit my cross stitch store nor the quilt store in my building? I'm highly offended! LOL I love your pictures. I also love the white fence. I want a white fence and gazebo in front of my house some day. I have a big white front porch. For now, that will have to do.

Thanks again for the wonderful gifts! That house and fence look so neat. All the pics are good, can't wait for more! Terry in Arlington