Me? I've been better.

Monday I woke up with a stuffy nose - wrote it off to allergies since I ran out of allergy pills last week. Teach me to think it is late enough in the year to not take them - there is no season in Texas without pollen. Anyway - by the end of the day I could barely swallow w/o thinking I was going to choke to death. Sucked on lozenges all day Tuesday which helped the throat a bit, but made everything I tried to eat or drink taste awful. Yesterday morning I thought I might be getting better but then the sore throat turned to a scratchy throat and now the cough has moved down to my chest. Lovely. Ok - enough of that.

I was asked to show some of my office/sewing room. It's not much to see. I've hung curtains but that is about it. Oh, there is stuff hanging on the walls, but it is just kinda up there for now. Eventually I will get to painting in here and trying to organize better. Hard to believe it was easier to find stuff in that tiny room I had before than it is now.

So - I did some 'creative cropping' and I'll show one part of the room. 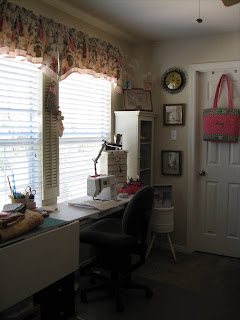 This is my sewing table. It is the same one I was using in the old house. Just to give you an idea how small that room was, this table went wall-to-wall in there. My computer is just to the right of the door (closet) you see. Like I said, pay no attention to where things are hanging on the walls.
That pile of stuff on the left side of the table - that is stuff that has to be finished before Christmas. If that was the only pile, I would be in good shape. It is so not the only pile. 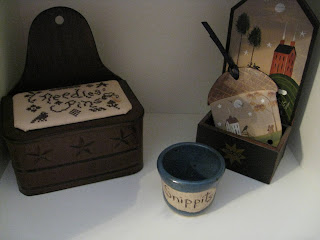 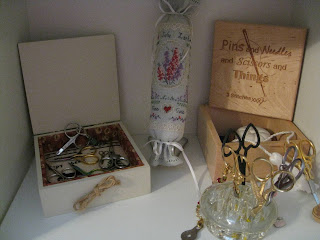 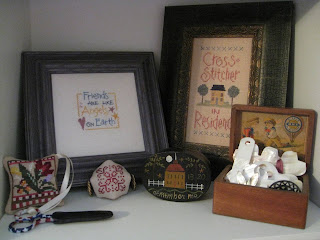 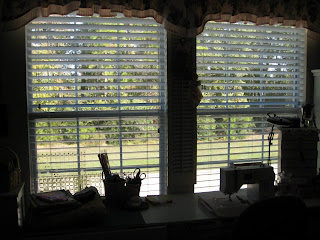 Guess I should get busy. Hope all of you are having a good week!
Posted by TinaTx at 9:15 AM

I just got over the cold. Hope you feel better soon. Love the stitchy space.

thank you for the information, interesting post. I hope this content can be benefits for anyone. obat tradisional lambung perih