When we went to Minneapolis the first time (to move the kids up) we didn't have time to visit the Guthrie where Ashley was going to be working, so this time she took us on a 'private' tour. It was very interesting. We got to see rehearsal rooms, where they build the sets, behind and under the stage. Everyone we met was very nice. The building is huge and I don't know how you ever learn your way around - we just followed Ashley!

This is a picture of the building (click to enlarge) It is a big blue structure but you can see some yellow windows and see that little yellow box sticking out on the right side? That is an observation window. There is even a spot on the floor that you can stand on and look out (down). Hubby stood there - I did not. :) 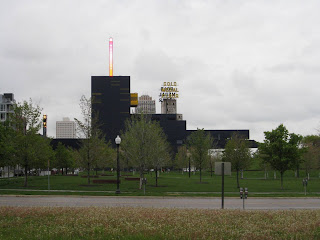 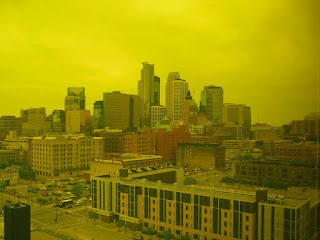 I'm not sure if hubby took this picture of downtown from the observation deck or from one of the other yellow windows. 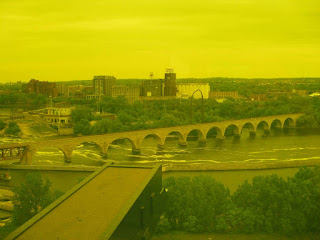 This one was taken from the observation deck - you can see the top of the endless bridge - that is where the next four pictures were taken from. It was cold and very windy! 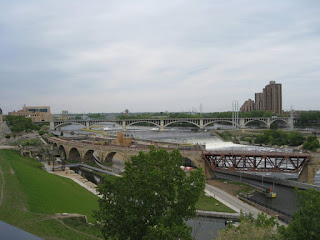 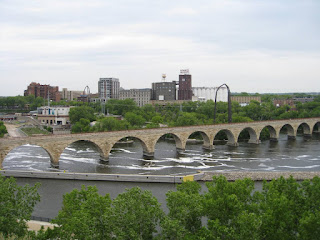 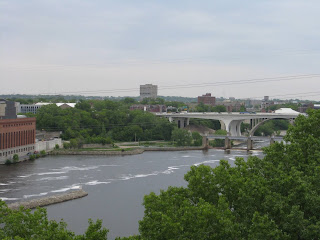 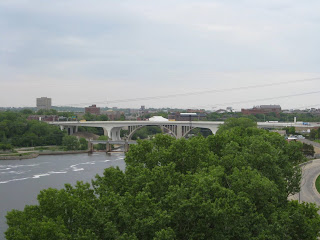 I'm sure on days when it is not so cold and windy this would be a very peaceful place to just sit and think.

On Tuesday night, Jason and Ashley took us to see the show she had been working on. 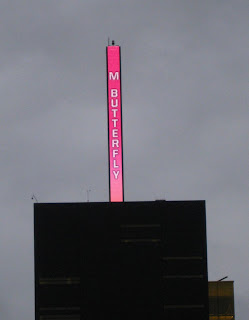 Of course, you can't take pictures inside the theater.

After the show, hubby took the kids back out on the bridge to get a picture. 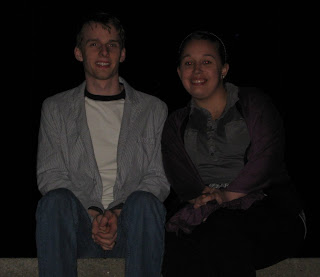 Wednesday morning we loaded up for the trip home. You can load a lot of 'stuff' in a Honda Pilot! Not as many pictures of the trip home, but I'll show you those next time.
Posted by TinaTx at 8:38 AM