So, if you had only one day to spend in Minnesota, what would you do? 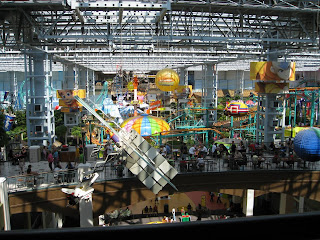 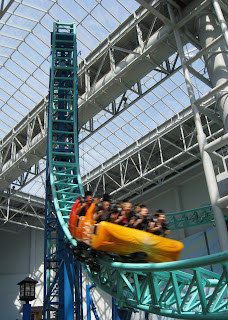 They are on there - somewhere! It goes too fast to get a good pic! 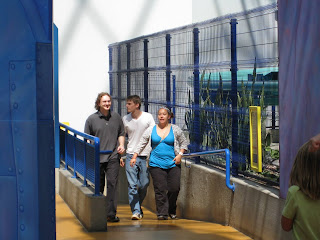 They ride the (Sponge Bob) roller coaster of course!
Ashley was actually too tall to get in the bouncy house or ride the bumper cars. 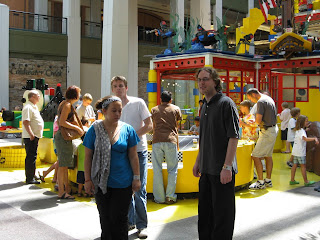 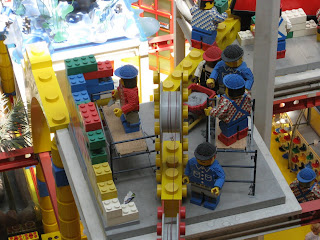 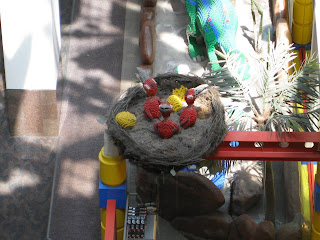 They go to Lego Land 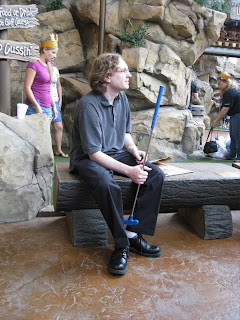 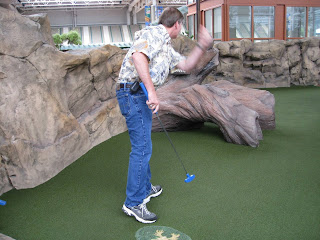 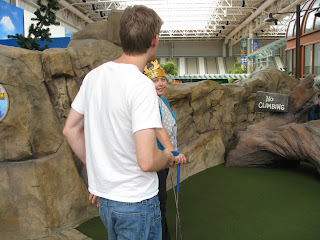 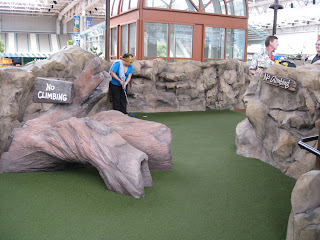 and play putt-putt! Hubby and I joined in on the putt-putt. Ashley had never played before and was the only one to get a hole-in-one!
Not sure exactly what all they did while hubby and I went (window) shopping. Over all, it is kind of one of those places that fall into the category of 'been there, done that'. Yes, there are lots of fun facts about how big it is and there are lots of stores - many of which can be found in any mall across America, but if you take out the amusement park and putt-putt course, it really is just another (really big!) mall. But hey, now I can say I've been to Mall of America.

So funny, I'll be there next week. I'll be stopping by for an orange julius and then onto other things.
Been there, done that. Only it was snoopy land when were were there last time, and the kids were much smaller.
Hope you are having a good time.
Margo

I grew up in MN, and loved going to malls. They built that place about the time I moved away!

I have been there a couple of times since then. The coolest things, I think, are the old home plate from the old Twins stadium (that they tore down to build it) and the intrigue of the "walleye pike on a stick" !!

First of all, Tina, congrats on the sale of your home! Missed that posting!! WooHoo!! Hope you find just the perfect one soon!

Wonderful pics, glad you had an enjoyable time at Mall of America!