So, the plan was to get up Friday morning and do a little sight seeing before we left Minneapolis. 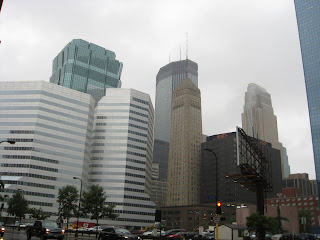 Since we woke up to rain our sight seeing ended up being of the drive by variety. We stayed downtown (only a few blocks from the kids apartment) 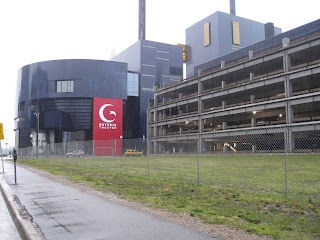 We had planned to go in and have a look at where Ashley will be working but we settled for a pic from the car window. 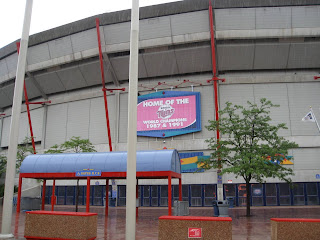 Another 'drive by' pic.
And - the hardest part of the whole trip 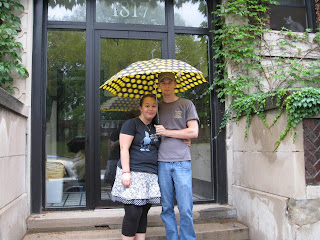 Was driving off and leaving these two behind. Even with all the 'headaches' and I do mean that literally since I had the worst migraine in months while we were there, leaving baby boy and his bride behind as we headed back to Texas was the hardest part of the whole trip. Even though we didn't see them daily before they moved - they were only 60 miles away and we could see them pretty much anytime we wanted. Doesn't work that way when they are over 1,000 miles away. 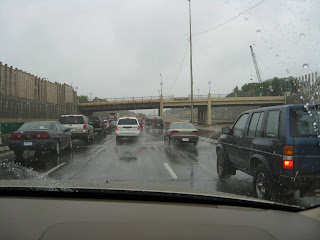 Then, the long drive home begins. Apparently they are doing construction all over Minneapolis so we had traffic backups along with the rain (and the gps was not picking up the backups for some reason) 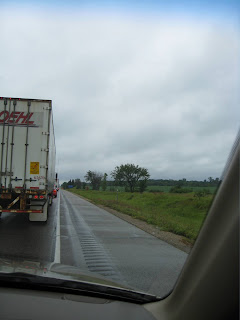 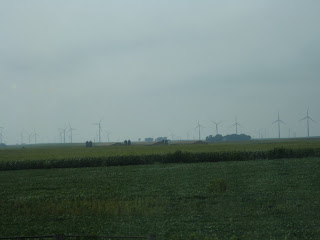 We saw lots of wind farms - I don't remember seeing any of these the last time we went to Iowa, but that was nearly 20 years ago - 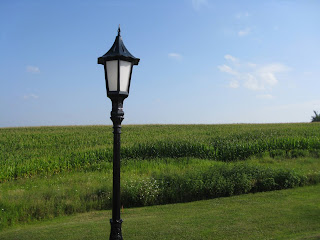 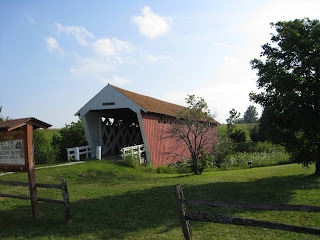 One of the 'Bridges of Maddison County' 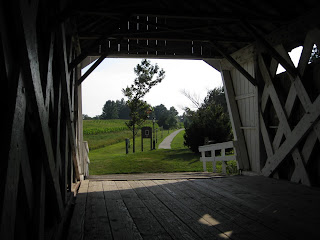 Looking through the bridge 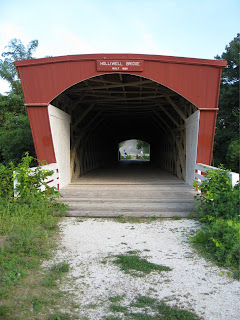 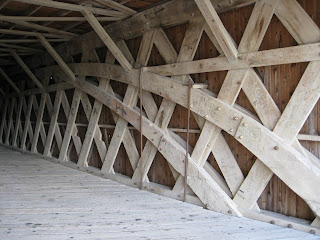 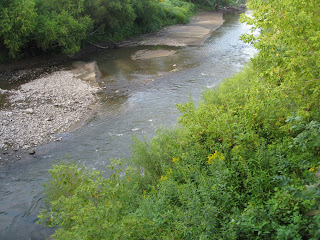 there are 6 bridges in all (I think - I've slept since then!) 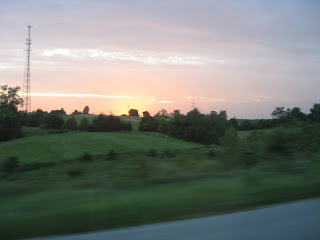 but after bridge #2 we headed back for the main roads and before long it started to get dark. Our plan had been to stop somewhere and spend the night but after trying three hotels that were all booked, we just kept on driving and ended up back in our driveway early Saturday morning. (we still owned that driveway at that point!) Yep - to Minnesota and back in 4 days. One long trip. It was really hard to turn around and get back in that car the next day to drive another 150 miles back to Houston!

Cool! I've always wanted to see those bridges in person. That book is one of my all time favorites!

Whew! That is a lot of driving!!

It seems like there are a lot more wind farms popping up around the Midwest. There is one going up around here somewhere, and we passed a flatbed truck carrying one of the blades the other day. Those things are HUGE!

It's always cool when a detour takes you by something that you wouldn't have gotten to see otherwise. Awesome pictures :)

WOW!! What a long trip! You must have been exhausted. It would be so hard to leave the kids but I know it must happen at some point, lol! I just dont like to think about it.

Those bridges are beautiful!!! I love that movie and want to see them in person so badly!

Golly Tina - hope you are holding up okay. Your trip sure was a whirlwind! Hopefully someday you can go back to Minnesota and have time to really enjoy the scenery and people. I still miss my home state - Texas will never be home no matter how long I live here! Hope the kiddos are adjusting to Minnesota life! I will be curious to hear what they think of their first Minnesota winter!!

Those are very unique bridges indeed (have never come across them before) and those ... windmills? So different from the tradtional ones (Holland's) I associate with. Thanks for sharing.