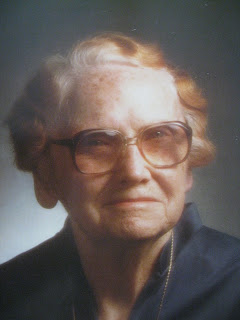 As soon as I hit publish on my last post I realized I had made a mistake. Sally is not the right name for my Singer sewing machine. Her name is Sister Singer! Why? Well, because my great-grandmother always called my grandmother 'sister' and her brother (my Uncle JB) 'brother' and that is what they always called each other too. It was just the two of them and my great-grandfather was JB too so I guess instead of calling him 'junior' they called him brother. Need to ask my mother if she knows for sure. BTW - she always called my mother 'Angel'.

I worked on Sister Singer again yesterday and I have decided that the best course of action is to take her to someone who knows what the heck they are doing. I plugged her in and wonder of wonders the light worked - who would've thunk it? The motor - well, that is a different story. I got it to 'move' but it didn't sound like it was too happy about it. (or smell like it either) After giving it several tries yesterday I gave up for the day and after sleeping on it, I'm going take it to a shop before I end up burning up the motor! I'll wait until it cools off a bit - she is pretty dang heavy (as am I) and it is just too hot for heavy lifting! So, instead of taking another picture of non-working sister, I thought I would show you a picture of my great-grandmother (above) since she is the one who sewed so many miles on it! I also thought I would show you a picture of my grandmother (below) 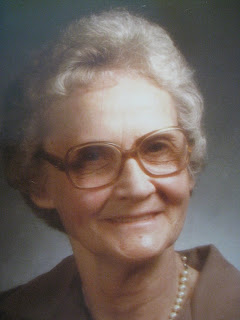 I was going to show you a picture of my grandmother and her brother (together) but for some reason when I upload it the unedited version (sideways!) shows up! I don't want to publish a side-ways picture! If I go back and open the picture outside of blogger it comes up right. I'm not smart enough to figure that one out so we will just leave that picture off for now and I'll try another time.

We actually got a little rain on Tuesday (inch and a half!) which was nice while it lasted. Making up for it today though - it is just HOT. That is all there is to say about that!

Well, now that I have made the decision to let someone else work on Sister Singer, I guess I should go clean up the mess I've left in my dining room all week.
Posted by TinaTx at 2:58 PM

Good story. My cousins called their little brother who was also a junior, "Brother". I'm jealous of your rain!
Blessings,
Lorilee

Hi Tina! What did you do to celebrate your birthday? Any more pink stuff? :)